Autumn is a great time for these 25 Fall Family Movies.

There fewer more fun activities that families can agree upon besides gathering in front of a movie with a bowl of popcorn!

This is a listing of family focused movies that take place between back to school and the holiday season.

The listing features movies for different age groups as well.

Did you see my article for How to make a Family Movie Night at Home?

That article features some great tips that may work well with the movies in this listing.
I like that there are so many ways to have a fun family movie night too!

There are a lot of fun items that you can use for your movie viewing from popcorn boxes to movie tickets. You can find these family movie items here.

You may be wondering what makes a good family movie.

Really, what makes a good family movie really depends upon the people who are watching the movie. This is because, of family experiences, backgrounds, and of course, ages of the family members.

Choosing the right movies for your family should not be hard.

Take into the appropriateness of the movie the ages of the children.
Also, read the reviews as they will let you know if the movies is worth watching, if there are any questionable scenes in the movies. and about the plot of the movie.

2 Harry Potter and the Sorcerers Stone

Great for kids nine years an up as this is a long movie with a more complex storyline. The movie is based on the J.K. Rowling book about a young boy who on his eleventh birthday discovers, he is the orphaned boy of two powerful wizards and has unique magical powers.

This is a classic movie that can be enjoyed by many ages. Steven Spielberg's popular movie about a stranded alien needs to phone home and the kids who help him get there.

This is good for the junior high and up ages. With fabulous performances by actors who have proven themselves. This movie is about three wacky witches who return from 17th-century Salem after they're accidentally conjured up.
Directors Kenny Ortega
Starring Bette Midler, Sarah Jessica Parker, Kathy Najimy

5 Charlie Brown It's the Great Pumpkin

This is a classic for about any age. From Charles M. Shultz. Features Charlie Brown, Lucy and the gang.
Directors Bill Melendez
Starring Peter Robbins, Christopher Shea, Sally Dryer

Again, the gang returns for this Charles Shultz classic. After chastising "Chuck" for providing such a meager meal (two slices of toast, a handful of jellybeans, some pretzels), Peppermint Patty ends up eating more than her words as she learns a little bit about the true meaning of the holiday.
Directors Bill Melendez, Phil Roman
Starring Jimmy Ahrens, Todd Barbee, Christopher DeFaria

A popular movie for the old kids. This movie is based on the true story of Permian, Texas, a town that lives and dies with its high school football team. The players, coaches and families cope with the pressures of winning at all costs.
Directors Richard Linklater, Peter Berg
Starring Billy Bob Thornton, Jay Hernandez, Derek Luke

Still a popular movie character and something that the younger set can enjoy watching. A 'ghost therapist' and his young daughter arrive at a house haunted by three not so friendly ghost and Casper (the friendly ghost ).
Directors Brad Silberling
Starring Christina Ricci, Bill Pullman, Cathy Moriarty

A favorite family movies especially for the older kids. Sandra Bullock won a Best Actress Oscar(R) for her portrayal of a mom whose family takes in a homeless football prospect. Based on a true story too!
Directors John Lee Hancock
Starring Sandra Bullock, Tim McGraw, Quinton Aaron

10 The Nightmare Before Christmas

A classic movie that has given inspiration to so much more. Pumpkin King Jack Skellington longs to spread the joy of Christmas. However, his merry mission puts Santa in jeopardy and creates a nightmare for good little boys and girls everywhere! Better for junior high and up ages.
Directors Henry Selick
Starring Chris Sarandon, Catherine O'Hara, William Hickey

Based upon a popular book, this wholesome movie is good for the younger kids too. Starring Danny De Vito, Rhea Perlman and Mara Wilson .

This is an inspiring movie that is better for junior high ages and up. Jake Gyllenhaal stars in this movie about a boy who wants to be something different. When the Soviet satellite Sputnik flew overhead in the October sky and changed everything. Based on a true story.

The Addams family have had their own tv shows and movies. In this movie there are con artists trying to take advantage of them. Best for junior high and up ages.
Directors Barry Sonnenfeld
Starring Anjelica Huston, Raul Julia, Christopher Lloyd
Genres Comedy

In this sequel to the last movie mentioned, a questionable nanny marries Fester and has the kids shipped off to summer camp. Naturally, Wednesday still has a Thing or two up her sleeve…
Directors Barry Sonnenfeld
Starring Anjelica Huston, Raul Julia, Christopher Lloyd
Genres Comedy, Horror, Fantasy

Some famous actors in their earlier career days star in this movie. This movie is best for junior high and up ages as there may some scary scenes in this movie.
Directors Tim Burton
Starring Michael Keaton, Alec Baldwin, Geena Davis
Genres Comedy, Fantasy

A serious favorite Disney movie with about every age (in case you did not know it.) Princess Anna, Mountain Man Kristoff and Olaf the Snowman set out to save Princess Elsa and the magical land of Arendelle . Oscar winner for Best Animated Feature.
Directors Jennifer Lee, Chris Buck
Starring Kristen Bell, Idina Menzel, Josh Gad
Genres Animation, Kids

This classic movie is rated R and thus, for the older kids. It is also a favorite movie to start off the holiday movie for so many of us.
The late John Candy gives us a memorable performance as does Steve Martin. This movie is about an uptight businessman and an irritating know-it-all blabbermouth trying to make it home for Thanksgiving when a major snowstorm strands them.
Directors John Hughes
Starring Laila Robbins, Steve Martin, John Candy
Genres Comedy, Drama

19 Back to the Future

You probably have already heard of this classic movie and the two that follow it. Marty McFly ( played by Michael J. Fox) is blasted to 1955 in the time machine created by Doc Brown (Christopher Lloyd). Marty finds himself in a situation that could easily jeopardize his future.
This title is: Feel-good, Exciting, Light
Directors Robert Zemeckis
Starring Michael J. Fox, Christopher Lloyd, Lea Thompson

Ditto from above only they travel back to 1885. T Stranded in 1955 after a freak accident, Marty McFly (Michael J. Fox) discovers he must travel back to 1885 to rescue Doc Brown (Christopher Lloyd) before he becomes smitten with school teacher Clara Clayton.

22 Fox and the Hound

This is a Disney favorite with music and everything. A musical version of the story of the legendary Indian princess.
Directors Mike Gabriel
Starring Irene Bedard, Judy Kuhn, Mel Gibson

Personally, this one saddens me however, it is an early Disney classic. Bambi sets off with his friends Thumper and Flower to explore the wonders of the woods – and fulfill his destiny as prince of the forest. I like to skip the end...

It's a pig's life in this award winning story of a shy little pig. With the help of an assortment of barnyard friends, Babe discovers that he can be anything he wants to be!
Directors Chris Noonan
Starring James Cromwell, Christine Cavanaugh, Danny Mann

25 Fall Family Movies, a simple listing of what makes a good family movie. Movies featured are from back to school to holiday season. 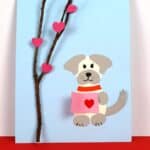 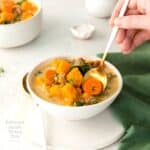 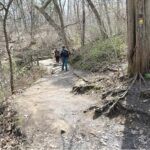 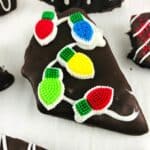